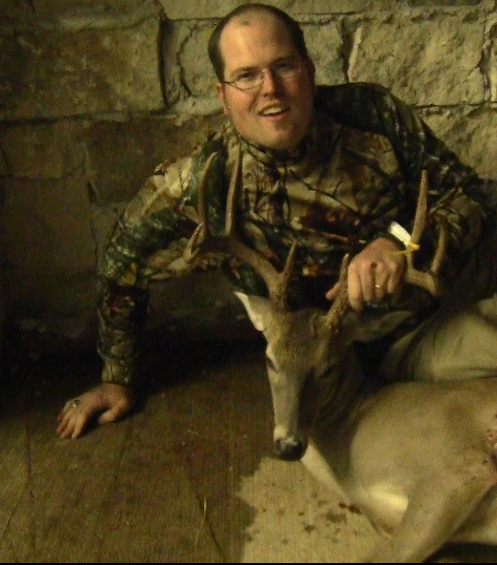 Dustin Vaughn Warncke is an avid outdoorsman and an authority in sales and marketing with a specialization in the outdoor industry. He started building websites in the late 1990’s. During his college years and shortly after, he authored and self-published three paperback books both in fiction and non-fiction. Additionally, Warncke has  served as a motivational speaker and master teacher and worked with numerous small businesses in sales, marketing, website development, desktop publishing and business consulting with his company, Warncke Enterprises. He earned a bachelor’s degree from Texas Lutheran University in 2002. Go Bulldogs!

In 2013 and 2014, Dustin authored and published three outdoor industry eBooks through Warncke Enterprises on various topics. Educating young outdoorsmen and women as well as adults who are new to the sport of hunting, fishing, bowfishing, and other outdoor adventures is Warncke’s passion.  He has hosted hundreds of YouTube videos, as well as bi-weekly podcasts for numerous years.

In addition, Dustin also has served as the marketing director and co-host for Mac & Prowler’s Coyote Tales TV Show for nearly 9 years and has filmed and been featured in several TV shows featuring product reviews as well as rifle, shotgun, and archery tech tip segments.

He also films, edits, and produces his own hunting, fishing, and other outdoor adventures which can be seen on his YouTube Channel. Many of his video productions have been featured on regional and national television networks in the USA including the newest network he is pro-staff for, Pride Outdoor Network.

He served as the Associate Publisher for Texas Fish & Game Magazine in 2019 and has authored several feature articles in this publication over the past 7 years. He also served as contributing editor for Texas Lakes & Bays, a best-selling fishing atlas, published by Texas Fish & Game, which is currently the largest independently owned outdoor magazine in the nation and the largest and most popular outdoor publication in the state of Texas.

Dustin hosted The Best of the Outdoors podcast from 2015 until the end of 2019, most of those years under the TF&G umbrella of media platforms. Two of Dustin’s articles were also featured in the first edition of Big Game Illustrated’s digital magazine, Big Game Online. In addition, Dustin also has articles featured in the Lone Star Bowhunters Association magazine as well as Legacy Outfitters magazine. Dustin was named editor for the LSBA magazine in 2018 and 2019.

In early 2020, Warncke became the Marketing Manager for Accusharp Knife & Tool Sharpeners near his home in Leander, TX. His goal in all he does is to inspire others to do great things in the outdoors and to live with love, joy, purpose and significance.

This message is only visible to admins.

Error: An access token is required to request this resource.
Type: OAuthException
Solution: See here for how to solve this error